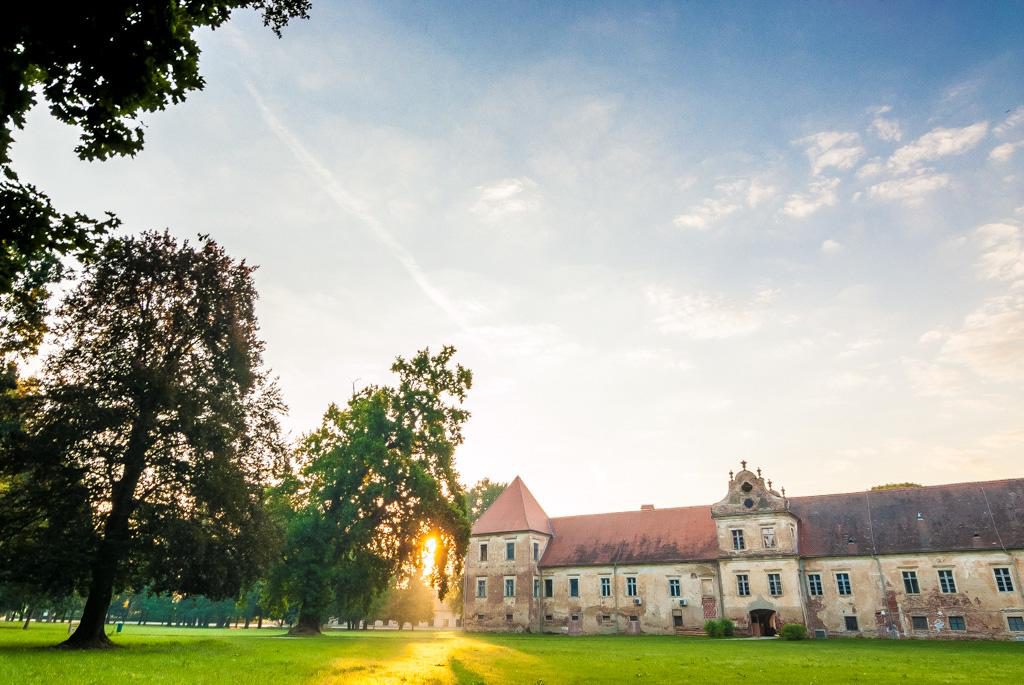 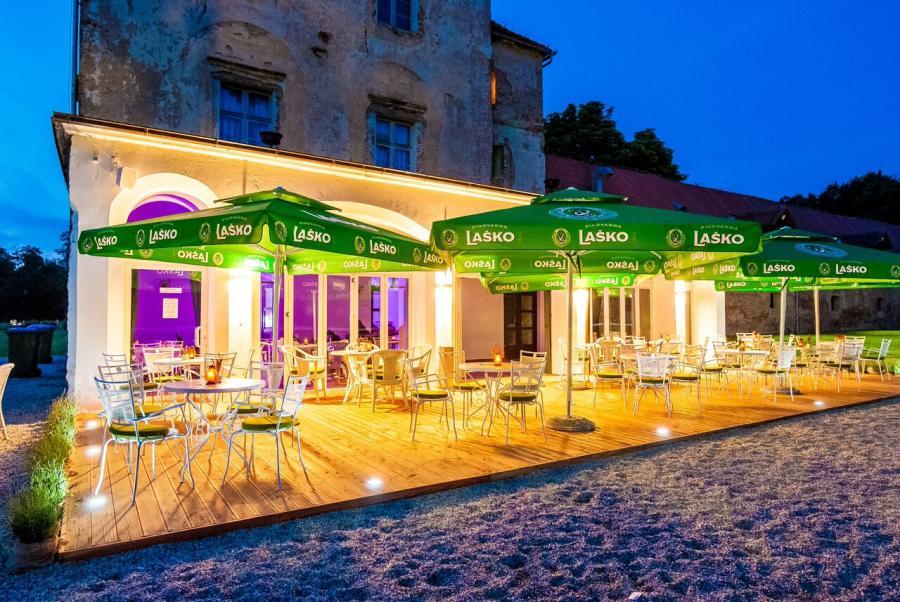 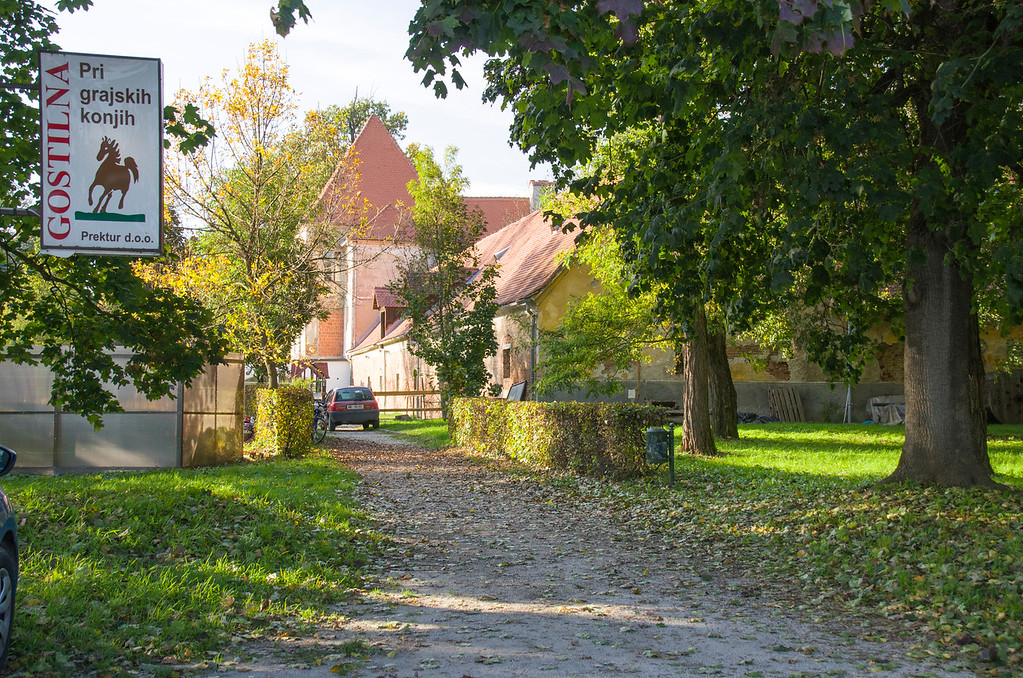 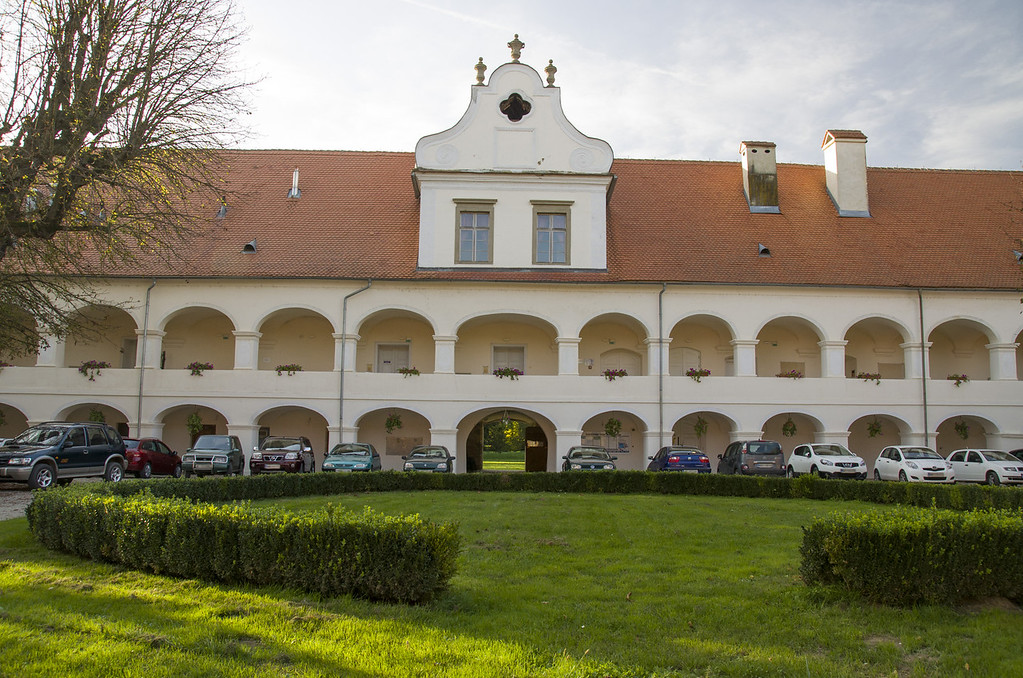 Rakičan Mansion A fortified outpost is first mentioned in Rakičan in 1431. The medieval core of the castle has been almost completely erased by the later reconstructions. The noble Batthyány family, who managed the estate for the longest period, additionally fortified the castle because of the Turkish threat in the 17th century. After the Turkish incursions the castle was thoroughly rebuilt in the Baroque style, and in the early 18th century the fortress was transformed into the present countryside mansion. The quite large inner courtyard is surrounded by four wings, among which the central one stands out – the two-storey residential building. The towers in the corners have three storeys and border the façade with its protruding representative entrance that faces the park. This part is distinguished by a richly shaped front, whose form is repeated on the courtyard side, where the main building is supported by arcades erected on stone-built pillars. The remaining three wings are singlestorey and without any special architectural ornaments, except for the Renaissance portal that gives access to the courtyard from the street. After the departure of the last owners, the German noble family of Saint JulienWalssee, and the following ravages of time no trace has been left of the mansion’s furnishings. It was only the renovation of the last decade that uncovered interesting sections of Baroque stucco. The mansion is surrounded by a well-preserved, laid-out English park, with a chapel that was originally built in 1880. The mansion houses the Research and Education Centre – RIS Rakičan Mansion, which organizes a variety of educational, cultural and tourist programmes. In addition to high school programmes and training programmes the centre organizes cultural and entertainment events, among which a mass event is the traditional Halloween Ball, and also offers accommodation. The mansion further houses an equestrian centre and a restaurant.