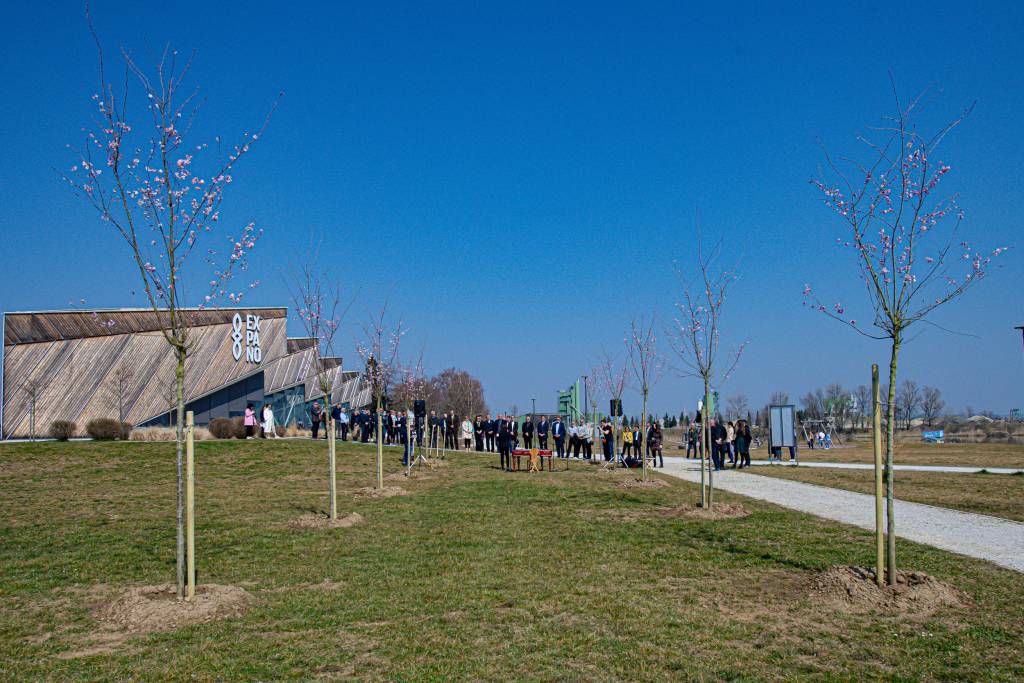 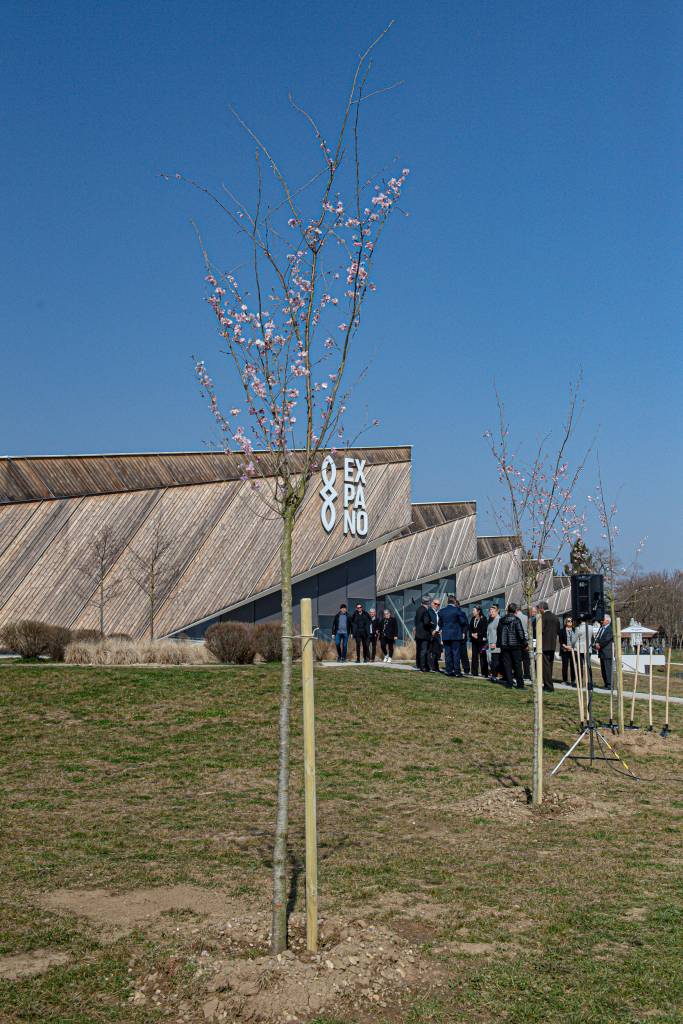 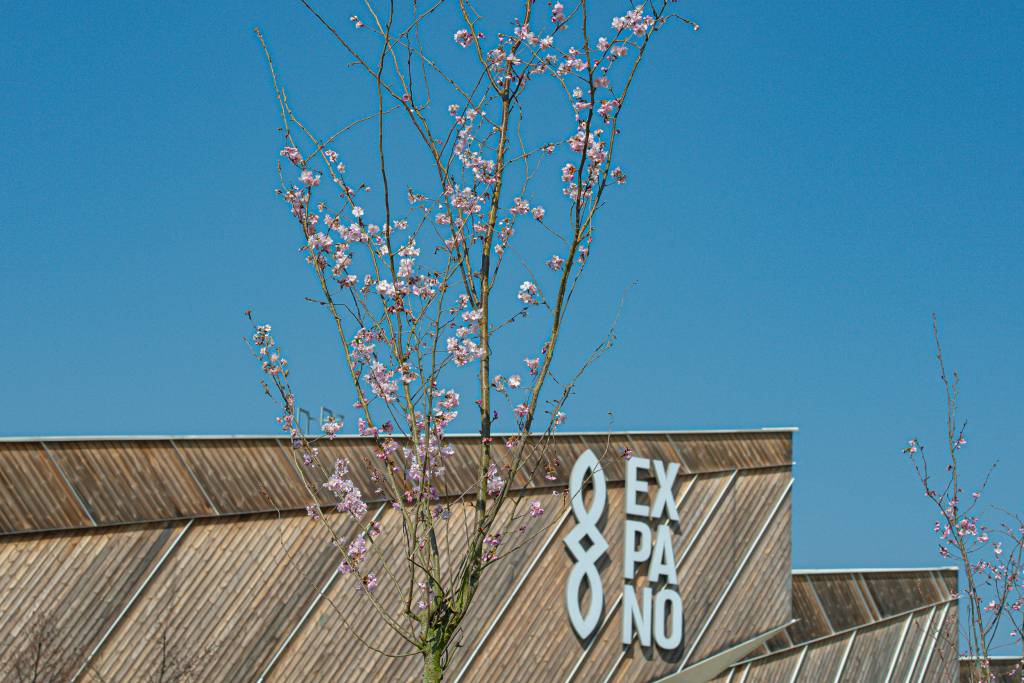 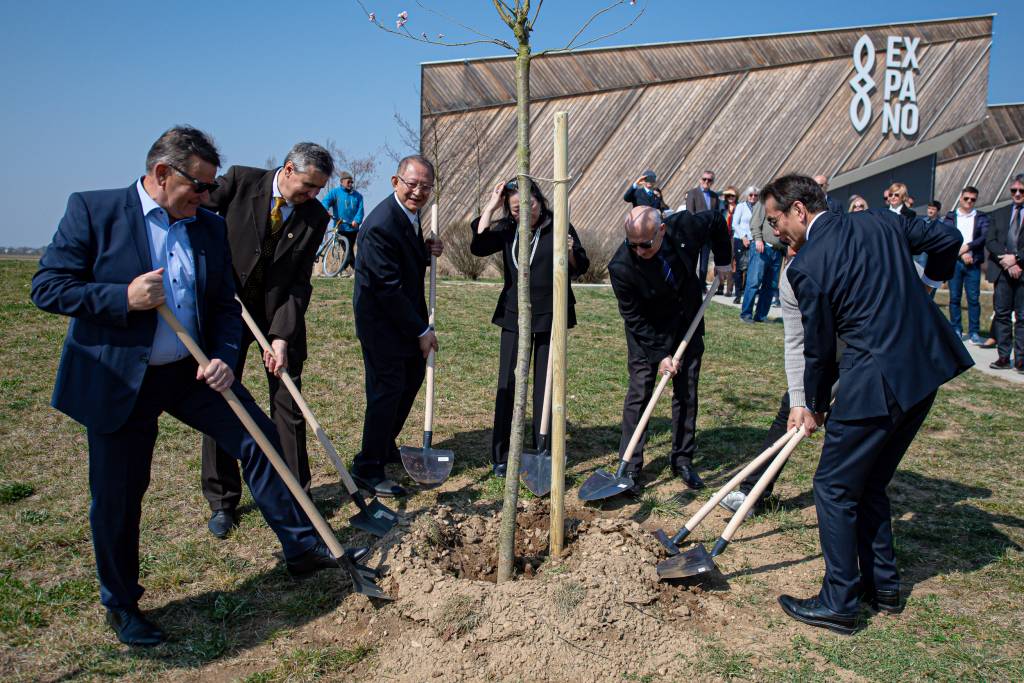 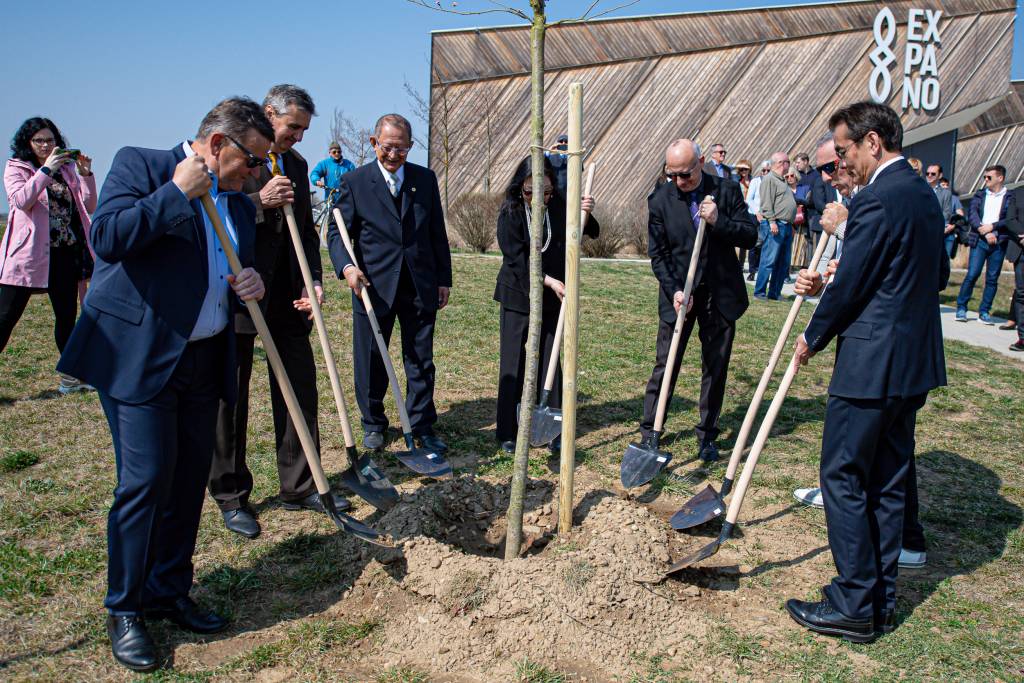 Along the EXPANO 30 new flowering trees

On the occasion of the all-Slovenia campaign of the Slovenian Beekeepers’ Association “Day of planting honey plants – March 26”, we planted 30 Japanese cherries at the Regional Promotion Center Expano . The plantation was created as part of the SAKURA project in cooperation with the Embassy of Japan.

Aleksander Jevšek, Mayor of the Municipality of Murska Sobota, also emphasized the symbolic “planting of joint contacts” with Japan. The seedlings of Japanese cherries are a donation from Mr. Yuki Mori – former Honorary Consul of the Republic of Slovenia in Japan and a great friend of Murska Sobota. “Japanese cherries are a symbol in various senses of the word. At the same time, of course, historically and traditionally seen old Japanese tree, which on the one hand has the meaning of transience and on the other hand the meaning of new life. The tree-lined avenue was created as part of the Sakura campaign at the initiative of the Embassy of Japan and with the donation of Yuki Mori and his wife. I am very grateful to them for this idea, also for what they have done for Pomurje, for Pomurje entrepreneurs who are promoted in Japan by both those involved in the food processing industry and those involved in winemaking. At the same time, the tree-lined avenue was planted on the occasion of the 30th anniversary of diplomatic relations between Japan and Slovenia and in memory of last year’s Olympic Games in Tokyo, which were special in that they were without spectators. ”

The trees will provide an excellent refuge for young as well as the elderly, who will be able to lie under the canopy of Japanese cherries. Every end of March, we will admire the flowering of these cherries by the Sobota Lake, which is becoming a real place that people visit more and more often. 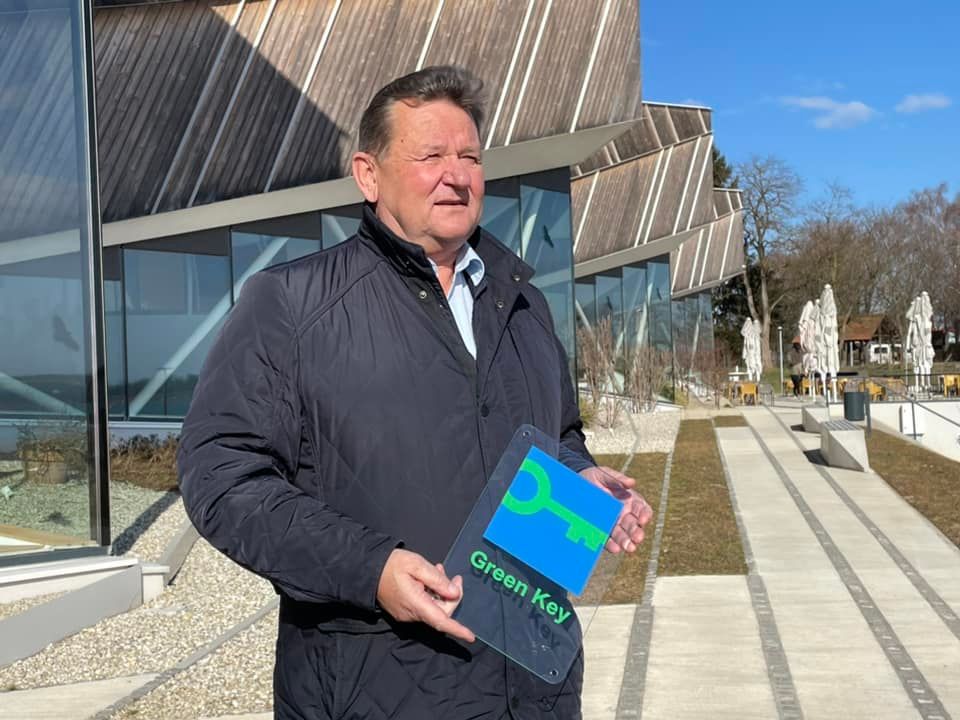 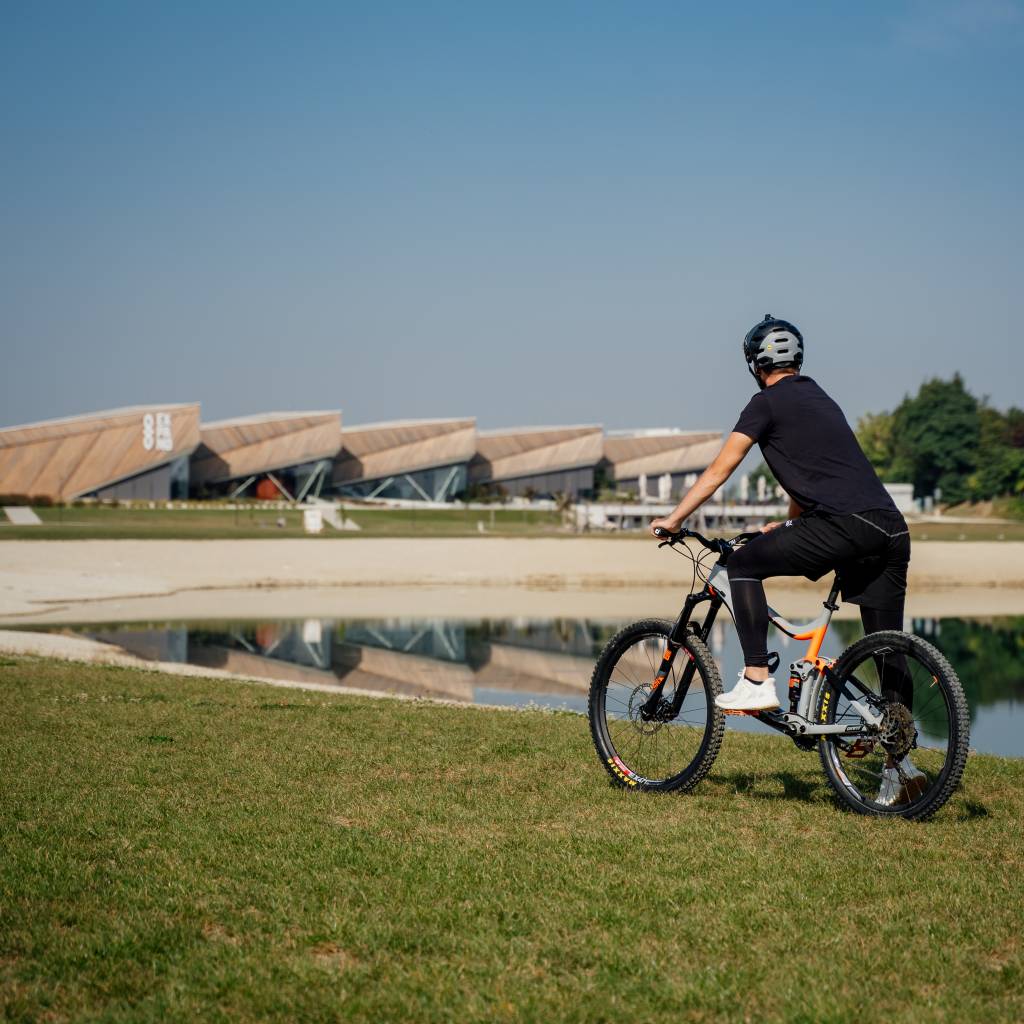 Murska Sobota – for a green future 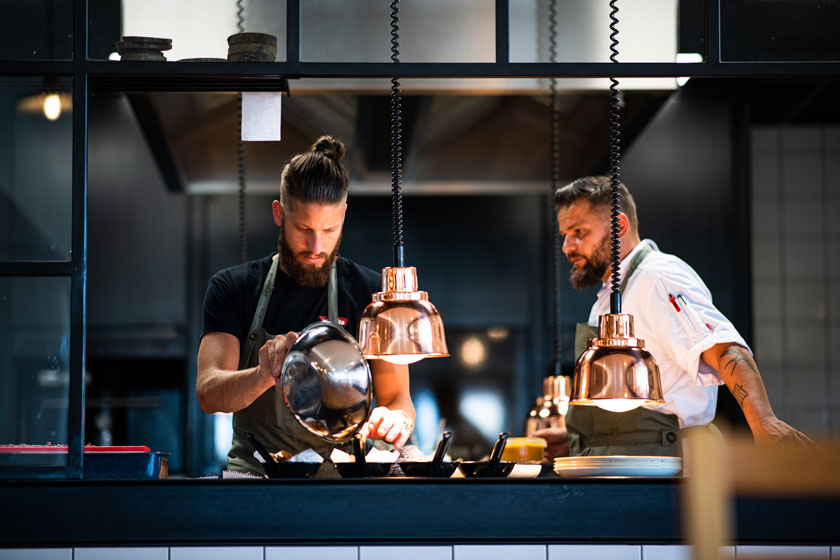 Meet Meat & Eat – a story about meat worthy of your time 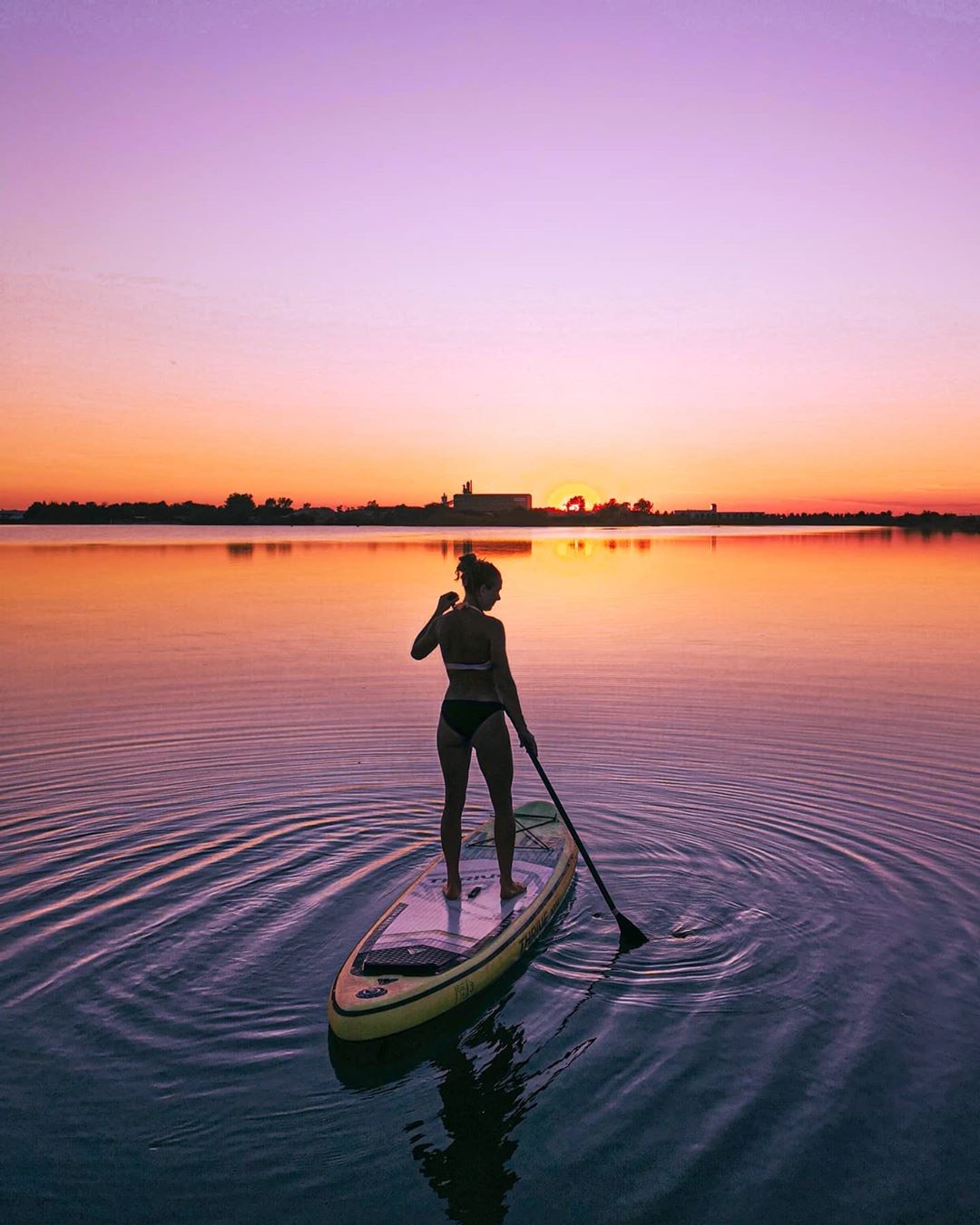 But it’s all here. You’re welcome.